Lake Chickamauga is known for its 10-pound bass, 30+ pound stringers, and even sometimes 40-pound stringers it takes to win local tournaments. While the lake is a part of the TVA Reservoir system that pumps out a lot of giant bass, it’s in a different class. There is nobody else to thank for this other than TWRA and the stocking program they launched nearly 20 years ago.

The Tennessee Wildlife Resource Agency’s stocking program provides numerous fishing opportunities for anglers all year long, with the best chance of catching that fish of a lifetime during winter and early spring months prior to the spawn. The outstanding results on Chickamauga includes a lot of factors, but ultimately comes back to the plan that TWRA put together, and executed years ago. 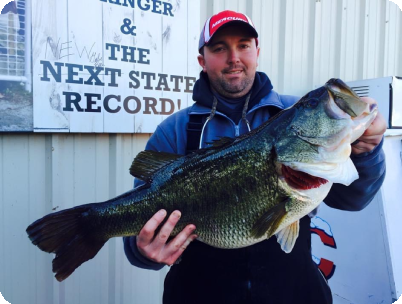 “Contributing factors have likely helped with the success of this program on Chickamauga,” said biologist Mike Jolley. “It is a large reservoir, with good aquatic vegetation, ample forage base, adequate size limits on bass, and consistent natural reproduction of bass. All of that has helped create a perfect storm for this very good outcome.”

In February of 2015, Lake Chickamauga produced a new largemouth state record, caught by angler Gabe Keen. The fish weighed 15.2 pounds, breaking the previous state record of 14.5 pounds that stood for 50 years before being broken on Lake Chickamauga.

Since 2013, local angler Kevin Drake has caught 23 bass over 10 pounds, and has caught 7 40+ pound stringers (5 fish limits), 3 of which were in tournaments hosted by the Chattanooga Bass Association (CBA). In March of 2018, he and his fishing partner, Cory Vetten, weighed a 5 bass limit of 42.91 pounds, the largest five bass limit in CBA history. In March of 2020, they weighed 41.10 pounds that was anchored by Kevin’s personal best a 12.32# bass, also caught during the March CBA.

Drake said every year he buys his license he knows his money is being well spent. "It's a great thing TWRA is doing and Chickamauga is the right fishery for the project, it has all the things you need to grow these fish," said Drake. 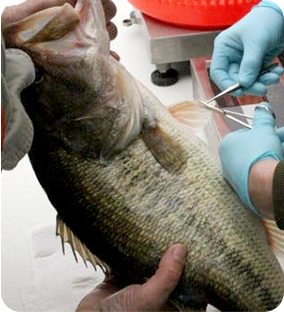 In genetic terms, biologists place Chickamauga largemouth into four major classes, pure northern bass, pure Florida bass, hybrids, and backcross -- a cross between a hybrid with another hybrid, or a pure Florida or pure Northern.

In 2013, when biologist Mike Jolley collected DNA samples from tournament caught largemouth bass over 8 pounds, they found that 75% were hybrids and 25% were backcross. “Hybrids are thought to have more vigor and better growth rates,” said Jolley, explaining why a large percentage of the angler-caught fish were hybrids." 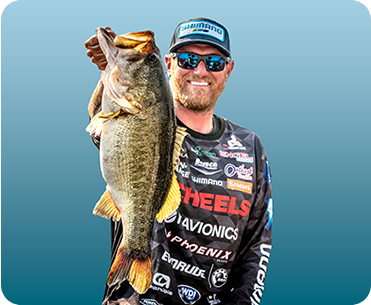 The stocking program publicity is attracting bass anglers to Southeast Tennessee from far and wide, and probably keeping many local bass anglers close to home. Josh Douglas, a regular on the BASS tournament circuit, moved to Chattanooga from Minnesota specifically because of the bass fishing.

"Chickamauga is on fire, it's absolutely on fire," said Douglas. "There is a lot to do here when I am home with my wife... plus 40-pound stringers of fish are going to make any bass junky's head turn."